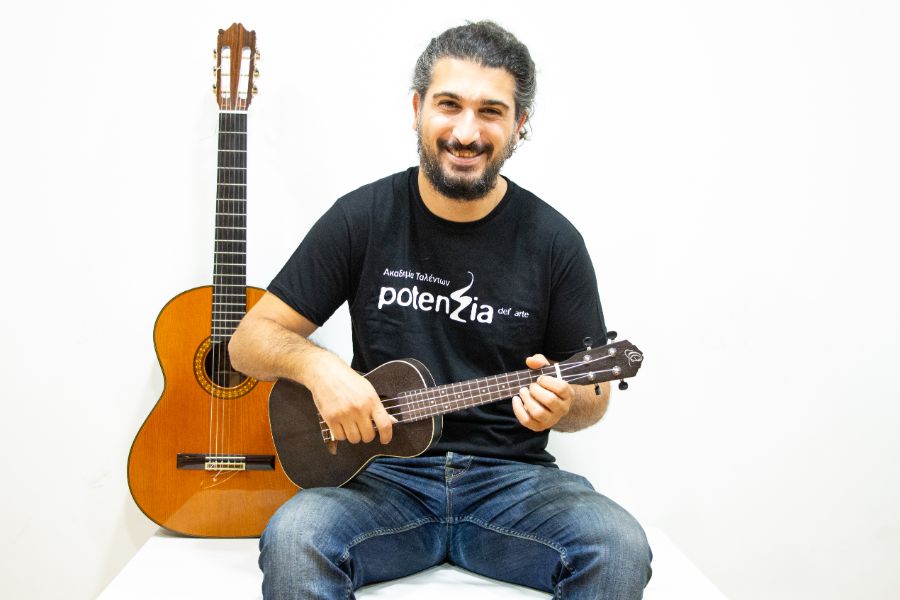 Angelos Cheipeloglou received his Diploma in Classical Guitar Performance with Honors in 2012. Since then, he has been teaching Classical and Electric Guitar as well as Music Theory. He performs as a classical or electric guitarist at various venues and theatres, including Megaron of Athens Concert Hall and Odeon of Herodes Atticus. At the same time, he plays guitar at theatrical plays He, such as « The child and the Tree” and «Gourouniasmata” by Silver Spotlight. He also works as a recording artist for various singers and commercials. Furthermore, Angelos is an arranger and pop orchestra conductor.

In 2021, he was the arranger and guitarist of the project “Lullabies of the World” by the Cypriot lyricist Stavros Stavrou, which was released as CD and has been performed in Cyprus, Greece and England. Since 2015 he is part of the Potenzia Summer School Activities.