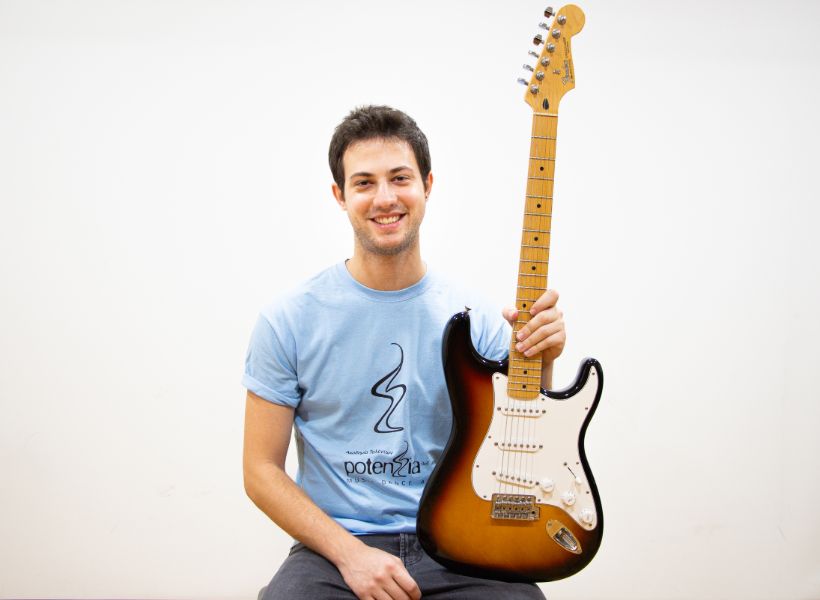 Since 2017 Alexis became a member of Potenzia del’arte’s faculty team, teaching Guitar and Music Theory. Through his career there he gained experience on teaching different ages of students (face to face or online), leading workshops but also working in a team with other colleagues.

Alexis currently performs with various bands as a leader or sideman and participates in festivals such as Windcraft Music Fest, Rialto Showcase, Paradise Jazz Festival, Fengaros and many more. He released his debut album “Right Place, Right Time” in June 2019.