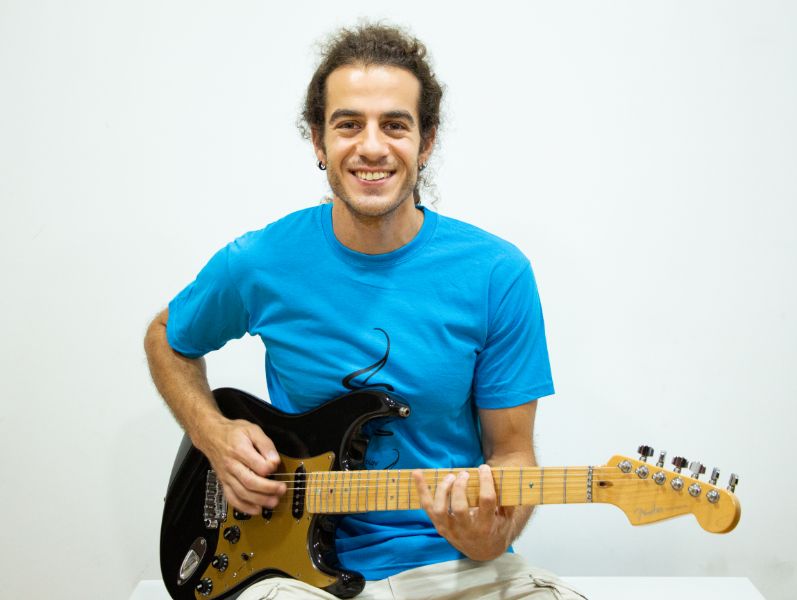 Andreas began his music endeavours in Acropolis Conservatory, later known as Potenzia Del’ Arte, with piano lessons. Later he showed interest in electric guitar which remains his instrument until today. Andreas studied music in the U.K. and achieved his B.A. with Honors from University of Sussex, Brighton.

Also he obtained his Diploma BTEC professional in Music Performance from City College Brighton and Hove in 2010.

Andreas works as a professional musician and has worked with bands in both UK & Cyprus. He is the guitarist in the Musical “Gourouniasmata” (2 and 3).  Andreas is teaching Guitar at Potenzia Del’ Arte since 2014.