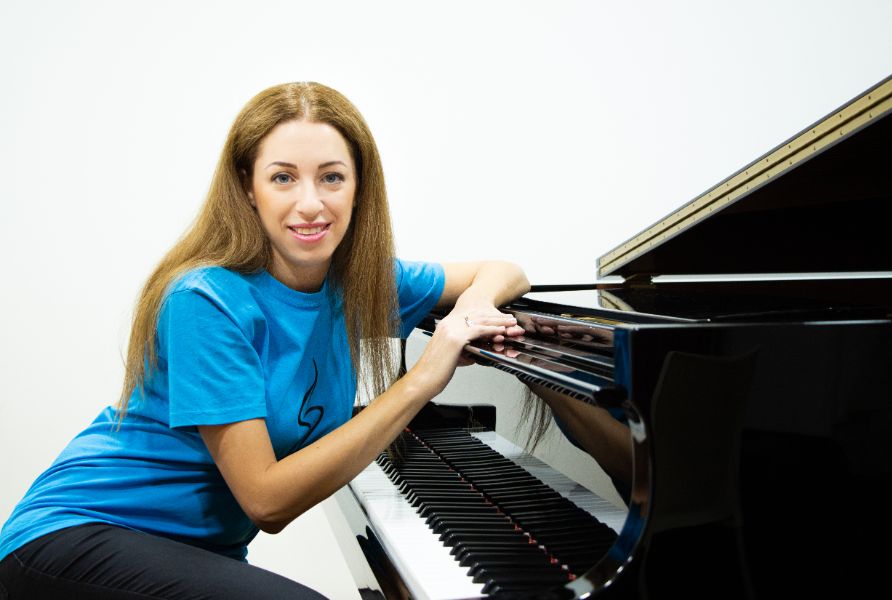 She took her Music Degree from the University of Tours in 2006, studying next to Philippe Lefevre and Armelle Yeme in the Conservatory of Tours. Aphrodite has a Piano Diploma with honors again from the Hellenic Conservatory in Athens. In 2007 she went and stayed in Paris to learn more about teaching music to young children (0-5 years old).  She participated in musical theater workshops with international artists.

Aphrodite loves Musical Theatre as well and took part in the musicals “Beauty and the Beast” and “Feggaromperdemata” produced by Emfasis. She also participated in the musicals “A Christmas Miracle” and “A day in December”.

In 2015 she participated in the vocal category with the song ‘Without your love’, the song that would be representing Cyprus in the 2015 annual competition Eurovision. In 2018 she got her Master degree in Music and also she took part in seminars regarding ‘Autism Spectrum Disorder’.

In 2021, she started her second master degree in Special Education (Open University of Cyprus).

She’s been working as a voice and piano teacher at Potenzia del’ Arte since 2008.