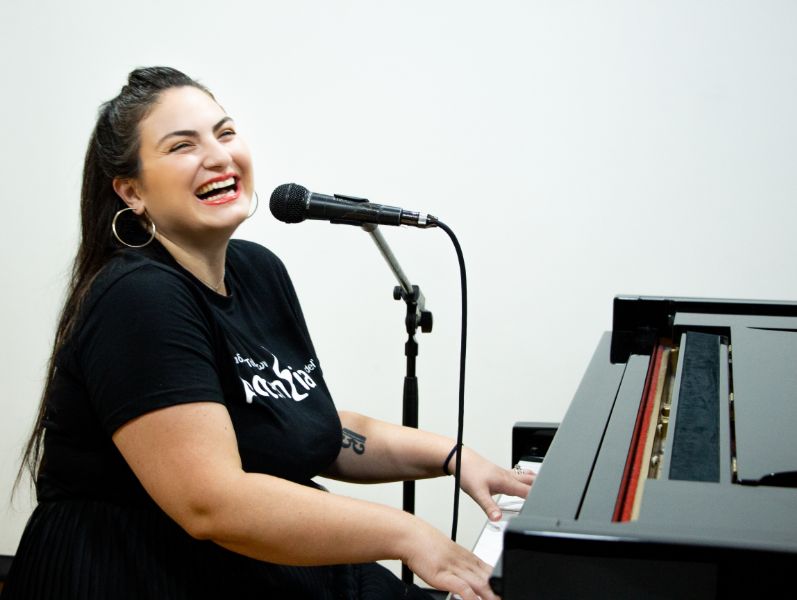 Avgi Hadjipavlou was born and raised in Nicosia. Her passion in music appeared at a very young age.

She graduated from the Royal Holloway University of London 2009 with a BMus Music specialising in piano performance under the supervision of Professor James Kirby as well as classical singing with Elaine Pierce. To enhance her performance skills she joined the University’s Gamelan ensemble with Indonesian music focus as percussionist conductor.

Avgi completed her postgraduate studies at Goldsmiths College University of London in 2011 earning an MA in Historical Musicology while focusing on original documents from the baroque era and working closely with Anthony Pryer. Her thesis is the very first edition of Thomas Arne’s collection of songs called ‘The Syren’ based on the modern music notation system instead of their original baroque style.

Since 2011 she is actively engaged in teaching Piano, Singing and Theory of music. In addition to her teaching career during 2011-2013 she performed as the piano accompanist of the Choir ‘Adouloti Kerynia’. During 2012-2014 Avgi was a member of a local philharmonic band playing the trumpet and the flute. Also, for six consecutive years she has been voluntarily composing music for summer workshops in children camps.

Avgi has been a lead female vocalist in various musical ensembles, acoustic duos and alternative bands performing across Cyprus.

She started teaching at Potenzia Del’Arte Music Department at September 2016.