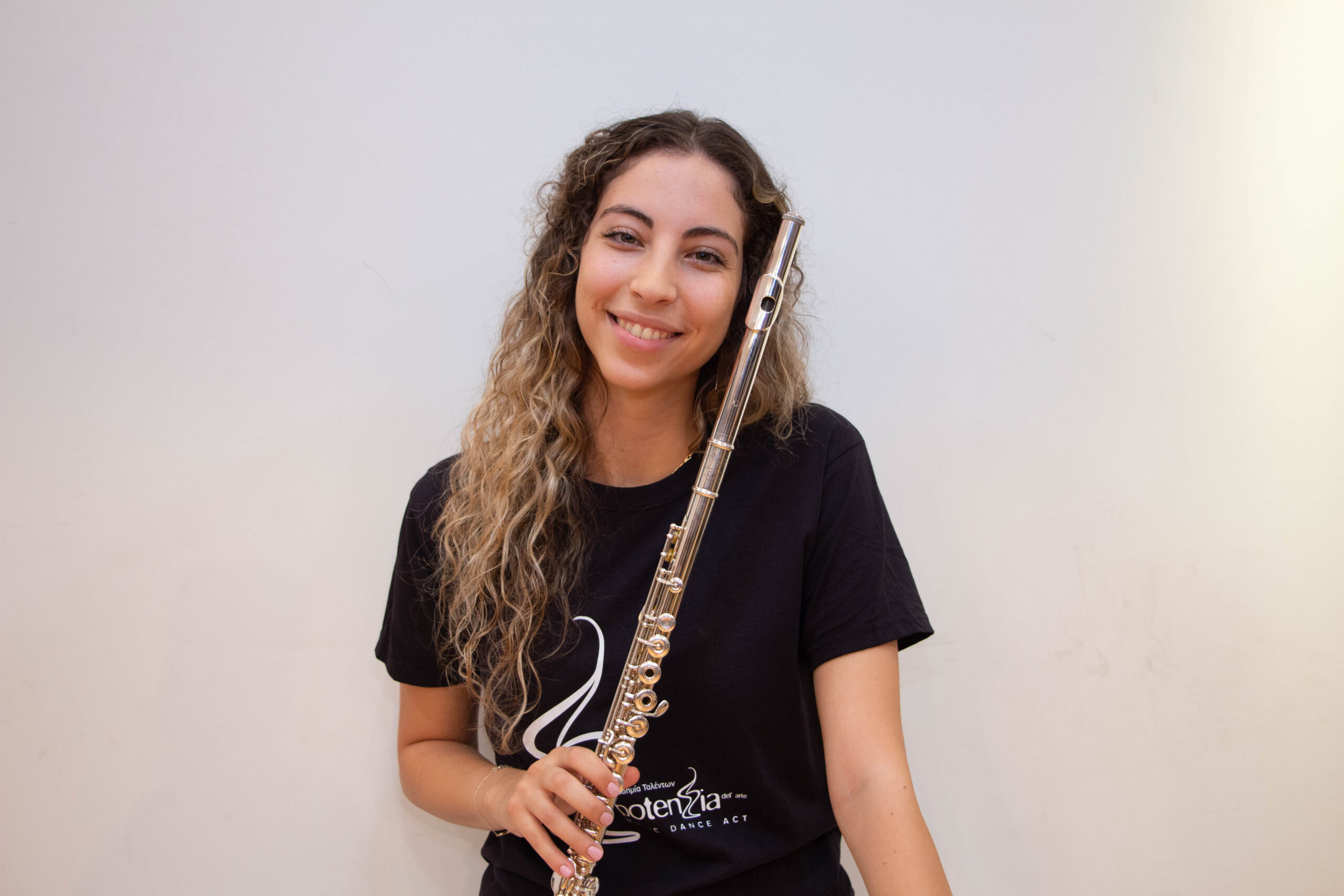 Christina Efthymiou is a classical – contemporary musician, based in Cyprus. She has completed her BMus (Hons) Music studies and MMus Flute Performance (Advanced Musical Studies) at Royal Holloway University of London, under Carla Rees.

During her studies, she joined the Royal Holloway Symphony Orchestra under the baton of Rebecca Miller and became a member of the Rarescale Flute Ensemble. In 2019, the ensemble performed with great success at The European Flute Ensemble Event in Poznan Poland, in association with the board of European Flute Council & Flute Ensembles Across Europe.

Some of her most recent works include a collaboration with the Oscar nominated film composer Nami Malumad and The Tippett Quartet, where she performed film cues for a flash project, and the recording of her latest composition ‘αήρ’ (for clarinet doubling bass clarinet, french horn, piano, violin, viola, cello) by the CHROMA contemporary ensemble. She has also formed the flute & guitar duo named ‘Φλουτάρα/Floutara’, mainly performing new music by Cypriot Composers.

She is teaching flute at Potenzia Del’ Arte from 2022.