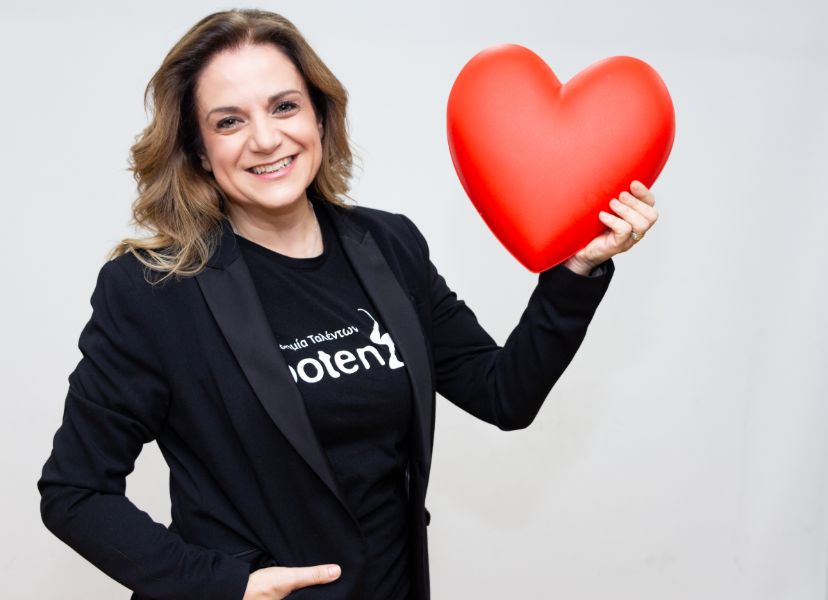 Katerina received her Singing Diploma (Distinction) from Athens’ Hellenic Conservatory,then moved to the USA a BA in Mus (Highest Honors) from Berklee College of Music and an MA degree (Honors) from the American University in Washington DC.

In 1995 she was a baking vocalist for Cyprus entry “Sti Fotia” by Alex Panayi, in the Eurovision Song Contest. She represented Cyprus in various International Singing Festivals and She released two albums in Cyprus that included some of her own compositions (1998, 2000).  She also produced the Hellenic Concervatory Youth Choir’s Christmas CDs (2004, 2005).

She directed and starred in various musicals in Cyprus such as “An Evening Filled with Sounds of Music”,  “Musical Favorites”, “Beauty and the Beast” “Expressions of Love” and “Esmeralda” all produced by Emfasis Cultural Association where proceeds went to various organizations. She also starred in many theatrical productions and performed at London’s Palace Theatre and Prince of Wales Theatre in London.

In 2007, she founded Potenzia del’ arte a new and unique Performing Arts Center where she currently teaches and is the director.

Then there was the successful trilogy “Gourouniasmata” which brought two THOC nominations and a THOC theatre award for Best Children’s Paly/Musical in 2015, followed by “Amanda The Musical”, “My Snowman”, “TRASH” ,“Vanilia”, “The Child And The Tree” (NIF 2019), and in December 2021 we had the pleasure of collaborating with the Cyprus Symphony Orchestra on a new production of our Musical “My Snowman”. Katerina was part of the cast in many of SilverSpotlight’s productions.

Katerina is the writer of 3 Theory of Music Workbooks and writes scripts for Musicals and Theatre.  She has been a judge for many Singing Competitions and was awarded many prices for her contribution to music and education in Cyprus. She was also one of the Cyprus Anticancer Society campaign TV Spots person (2011-2014).

Since 2022 Katerina is a proud representative of London College of Music Examinations (LCME).