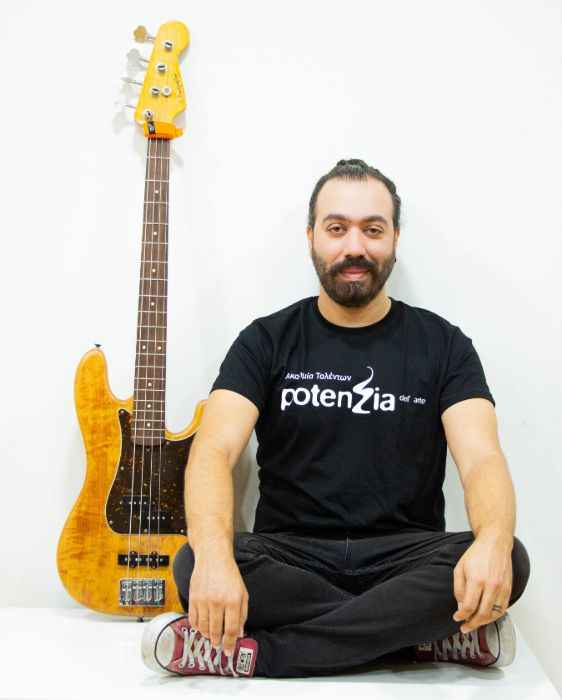 Marinos began his music undertakings with classical  Guitar, Cello, Bass Guitar and Theory. After his army duties he moved to Manchester, UK , where he gained his BA in Music with Honours from Salford University. His love for composing led him to complete his Masters in Compositional Studies from the same University.   He studied close to very well-known tutors from the UK and  participated in a number of seminars and masterclasses with musicians and composers such as Craig Vear, Allan E. Williams, Robin Dewhurst and Peter Graham.

Since 2009 he has been composing original music for theatre and gingles for TV and Radio in Cyprus. Marinos also works with various bands in the Cypriot music scene primarily as a bass player. He performed  in festivals, concerts and various productions.
He is the bass player of the the live band for the Musicals ‘Gourouniasmata’(1, 2, 3),AMANDA the musical, My Snowman, Trash by Silver Spotlight Productions.
He has been working at Potenzia del’ Arte teaching Bass guitar, Classical, Acoustic and Electric guitar since 2011. He also teaches Theory and  is in charge of the Ensemble Module.

Furthermore Marinos is in charge of Ph.A. Recording Studio, the recording Suite that resides in Potenzia Del’ Arte, recording music and commercials for all the major media platforms of the island as well as theatre and musical productions