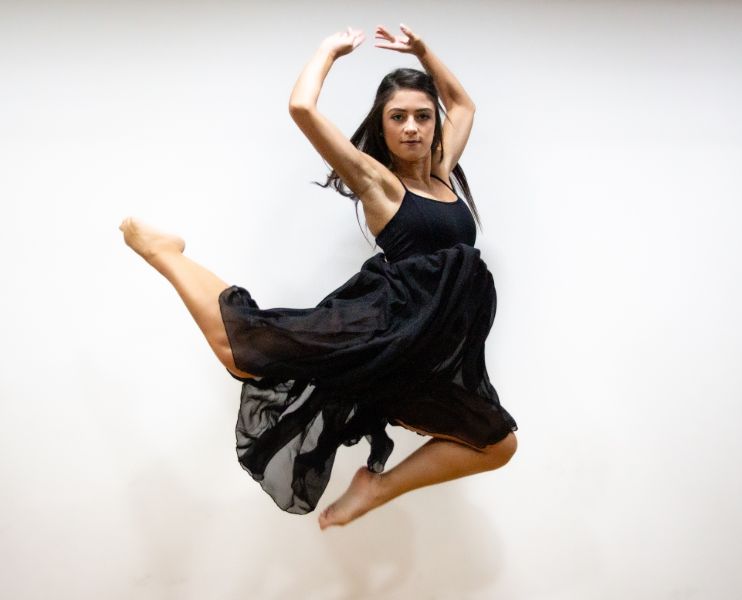 Nikolina Frangoullidou was born in Nicosia. Her passion for dancing and singing started in the age of 7.

She graduated from University of Cyprus with a BA degree in Journalism in 2016 and as she was studying she was also part of the Dance Club Ucy performing and continuing her training in several styles of dance such as Latin, Hip Hop, Contemporary, Ballet, Belly Dance  and Traditional Cypriot & Greek dancing. With the Cyprus Dance Club Ucy they represented UCY in Greece. Since 2014 performing is a part of her life as a lead actress, dancer and singer.

In 2019 won the 2nd place in the singing competition “A song for Love” in Cyprus.

She was part of the cast for the show “My Snowman” produced by Silverspotlight, which was staged in collaboration with the Cyprus Symphony Orchestra in December 2021 at the Nicosia Municipal Theatre and the Rialto Theatre in Limassol.

In June 2022 she successfully passed the  LCME Diploma (Dinstinction) in Musical Theatre Performance, under the guidance of Katerina A. Christofidou.

She also hold diplomas in IDAT, ISTD, Trinity (Pop and Rock Singing) and a certificate in keyboards. She loves evolving and challenging herself and so far attended several workshops with Loukas Leeco Kosmidis, Keely Kat, Kieran Jae, Maximilian Jarish, Murray Grant and Julie Massino. She has been part of the POTENZIA team since the summer of 2020.