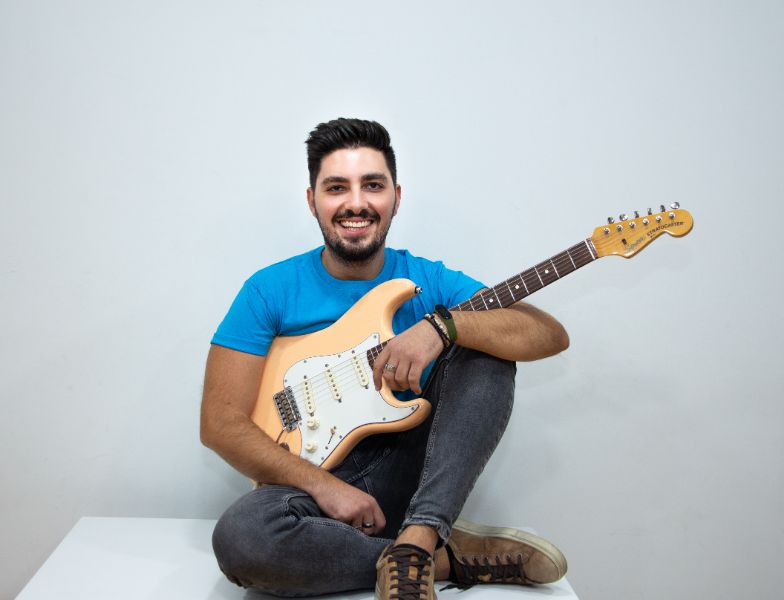 Orestis was born and raised in Nicosia. He received his Diploma in Guitar Performance in 2015 from the Institute of Contemporary Music Performance (University of East London) and is currently studying online at Berklee College of Music-Boston. He is expected to receive his BPS in Music Composition for Film, Tv and Games in August 2018.

Orestis Savva is a Music Composer, Music Producer and Instructor with expertise on online tutoring. He is a co-founder of the production studio “Elbow Room, Records & Productions”, an active Performing Guitarist and Bassist, and a member of the bands “Minus One”  and  “Black Anis”.

Orestis is a well known session musician in Cyprus, and composer/music editor for media. He is also the songwriter, guitarist and producer of his band “Blackanis”.

He has been working closely with the organizers of “Feggaros” Music Village in Cyprus since 2015.

He started working at Potenzia Del’Arte from 2017, teaching Acoustic and Electric Guitar and he is involved in our new Home Recording Studio as an advisor and engineer.